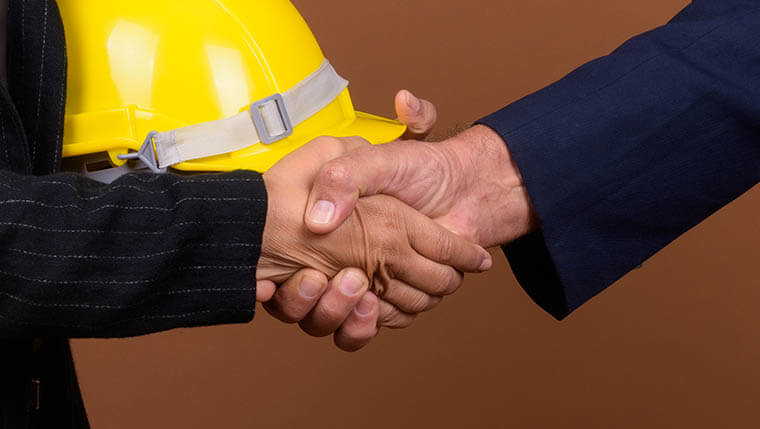 We take our weekly look at some of the appointments and promotions across the housebuilding industry and its supply chain.

London Square has appointed Barbara Richardson as MD of its new housing provider Square Roots, set to deliver around 700 homes for shared ownership and homes for affordable rent. With 25 years’ experience in the development sector, she joins Square Roots from the Royal Borough of Windsor & Maidenhead where she was MD of the council’s property company.

Avant Homes has promoted its senior land manager, Lorna Rider, to land director for its Central region. Her career started as a graduate land assistant at Avant Homes in 2011. Commenting on her promotion, she said: “I look forward to working collaboratively with other members of the land team to drive and exceed the land targets for the region.”

Peter Gore has joined Weston Homes from his position of managing director for Taylor Wimpey London to take up the role of group operations director. An Anglia Ruskin University BSc Building Management graduate, he has previously worked in senior delivery and construction director roles at Barratt Homes and Mount Anvil.

Redrow has boosted its south Wales land team with its two latest appointments. Emyr Davies takes up the position of senior land manager, having worked for the company’s planning team for the past seven years. Jessica Moreton, who joined as a graduate in 2016, is promoted from project coordinator for the Plasdŵr development to land negotiator.

Birmingham-based Elevate Property Group has recruited a new land director. Sam Meeten has worked in property and land acquisition in the Birmingham and West Midlands area for nearly 20 years, most recently for regional estate agent John Shepherd as associate land director. Prior to that he gained experience with Stirling Ackroyd and Wolf’s, which was acquired by John Shepherd.

Tilia Homes Western has strengthened its land and planning team with the appointment of senior land manager, Simon Gitsham. After graduating from the University of Glamorgan with a degree in Valuation and Estate Management, Simon subsequently qualified as a chartered surveyor in 2007. He joins from Barratt Developments, where he was a land manager for over five years.

Terra Strategic has announced the appointment of Sienna Barbour as a strategic land manager. Her previous role was at John Alison Land and Research. She obtained First Class Honours in BSC (Hons) Rural Land Management from the Royal Agricultural University. She then qualified as a Member of the Royal Institution of Chartered Surveyors (RICS).

BNP Paribas Real Estate / Strutt & Parker has strengthened its Development & Planning team by appointing Caroline McDade as head of planning. Previous roles include director within the Real Estate Planning & Development team at Deloitte and prior to that, a partner at Drivers Jonas. She has 20+ years’ experience in the residential and other sectors.

Swan Housing Association has confirmed that Pat Billingham will take up the post of Chair of the Board, with effect from 1 October 2021. She is an experienced non-executive director with previous roles including Vice Chair of G15 Catalyst Housing Limited. She brings 17 years’ experience as a partner at global Tax and Accountancy practice Ernst & Young.

Digital planning tools in to be trialled across England